With access to greater hardware power, Neural Networks have made great progress. We use them to recognize images and voice at levels comparable to humans sometimes with even better accuracy. Even with all of that we are very far from automating human tasks with machines because a tremendous amount of information is out there and to a large extent easily accessible in the digital world of bits. The tricky part is to develop models and algorithms that can analyze and understand this humongous amount of data.

GAN in a way comes close to achieving the above goal with what we call automation, we will see the use cases of GAN later in this article.

This technique is very new to the Machine Learning (ML) world. GAN is a deep learning, unsupervised machine learning technique proposed by Ian Goodfellow and few other researchers including Yoshua Bengio in 2014. One of the most prominent researcher in the deep learning area, Yann LeCun described it as “the most interesting idea in the last 10 years in Machine Learning”.

What is Generative Adversarial Network (GAN)?

A GAN is a machine learning model in which two neural networks compete to become more accurate in their predictions. GANs typically run unsupervised and use a cooperative zero-sum game framework to learn.

The logic of GANs lie in the rivalry between the two Neural Nets. It mimics the idea of rivalry between a picture forger and an art detective who repeatedly try to outwit one another. Both networks are trained on the same data set.

GAN can be compared with Reinforcement Learning, where the generator is receiving a reward signal from the discriminator letting it know whether the generated data is accurate or not. During training, the generator tries to become better at generating real looking images, while the discriminator trains to be better classify those images as fake. The process reaches equilibrium at a point when the discriminator can no longer distinguish real images from fakes. 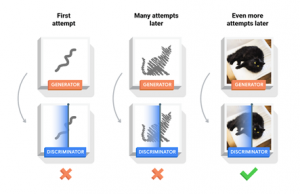 Here are the steps a GAN takes:

So, you have a double feedback loop in the architecture of GAN:

Most GANs today are at least loosely based on the DCGAN architecture (Radford et al., 2015). DCGAN stands for “deep, convolution GAN.” Though GANs were both deep and convolutional prior to DCGANs, the name DCGAN is useful to refer to this specific style of architecture.

Now that we know what GAN is and how it works, it is time to dive into the interesting applications of GANs that are commonly used in the industry right now. Can you guess what’s common among all the faces in this image?

None of these people are real! These faces were generated by GANs, exciting and at the same time scary, right? We will focus about the ethical application of the GAN in the article.

Using GANs, appearances can be drastically changed by reconstructing the images.

GANs has been able to address the concern of ‘adversarial attacks’.

These adversarial attacks use a variety of techniques to fool deep learning architectures. Existing deep learning models are made more robust to these techniques by GANs by creating more such fake examples and training the model to identify them.

The availability of data in certain domains is a necessity, especially in domains where training data is needed to model learning algorithms. The healthcare industry comes to mind here. GANs shine again as they can be used to generate synthetic data for supervision.

GANs are quite popular in the gaming industry. Game designers work countless hours recreating 3D avatars and backgrounds to give them a realistic feel. And, it certainly takes a lot of effort to create 3D models by imagination. With the incredible power of GANs, wherein they can be used to automate the entire process!

GANs are one of the few successful techniques in unsupervised machine learning and it is evolving quickly and improving our ability to perform generative tasks. Since most of the successful applications of GANs have been in the domain of computer vision, generative model sure has a lot of potential, but is not without some drawbacks. 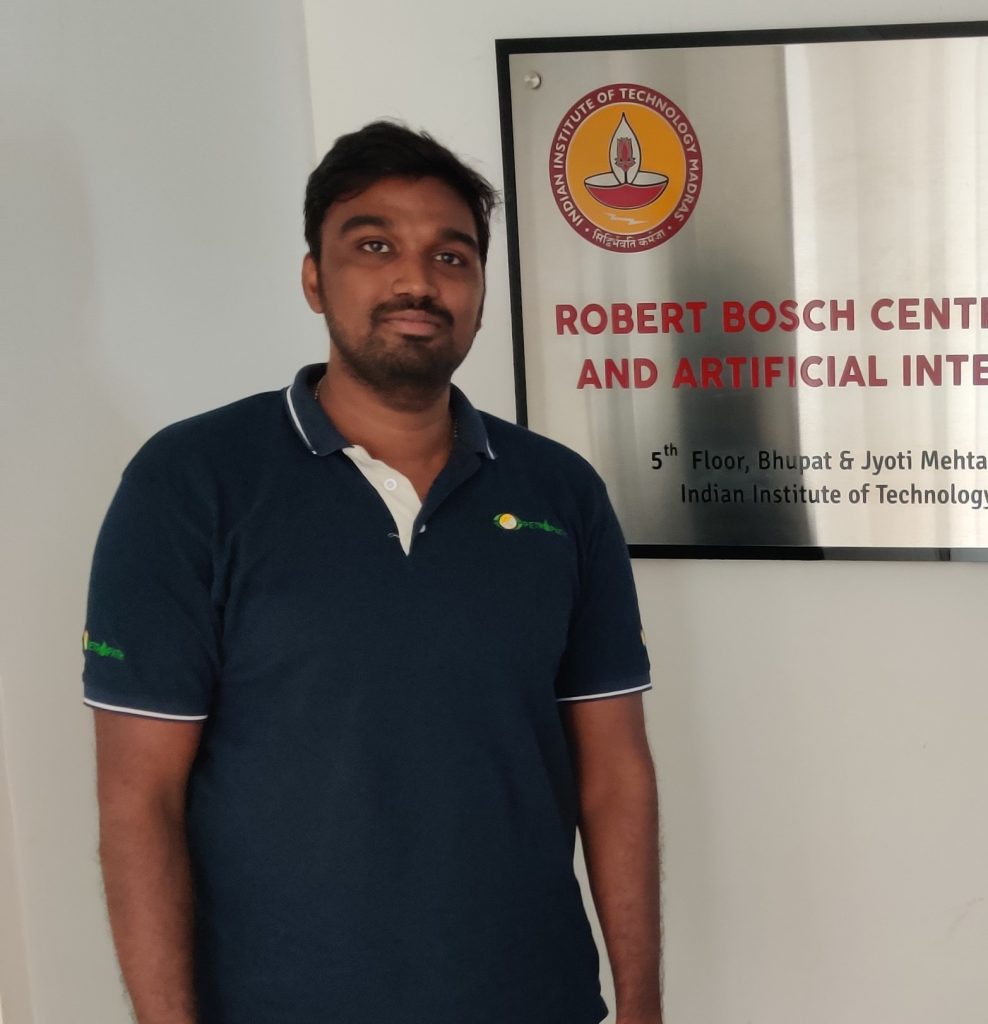 “Naresh is a part of Location Zero at GAVS as an AI/ML solutions developer. His focus is on solving problems leveraging AI/ML. He strongly believes in making success as a habit rather than considering it as a destination. In his free time, he likes to spend time with his pet dogs and likes sketching and gardening.“

Is AR the Future of our Increasingly Digital World?