Algorithmic Alert Correlation - ZIF
Skip to content
Back to Blogs

Today’s always-on businesses and 24×7 uptime demands have necessitated IT monitoring to go into overdrive. While constant monitoring is a good thing, the downside is that the flood of alerts generated can quickly get overwhelming. Constantly having to deal with thousands of alerts each day causes alert fatigue, and impacts the overall efficiency of the monitoring process.

Hence, chalking out an optimal strategy for alert generation & management becomes critical. Pattern-based thresholding is an important first step, since it tunes thresholds continuously, to adapt to what ‘normal’ is, for the real-time environment. Threshold accuracy eliminates false positives and prevents alerts from getting fired incorrectly. Selective alert suppression during routine IT Ops maintenance activities like backups, patches, or upgrades, is another. While there are many other strategies to keep alert numbers under control, a key process in alert management is the grouping of alerts, known as alert correlation. It groups similar alerts under one actionable incident, thereby reducing the number of alerts to be handled individually.

But, how is alert ‘similarity’ determined? One way to do this is through similarity definitions, in the context of that IT landscape. A definition, for instance, would group together alerts generated from applications on the same host, or connectivity issues from the same data center. This implies that similarity definitions depend on the physical and logical relationships in the environment – in other words – the topology map. Topology mappers detect dependencies between applications, processes, networks, infrastructure, etc., and construct an enterprise blueprint that is used for alert correlation.

But what about related alerts generated by entities that are neither physically nor logically linked? To give a hypothetical example, let’s say application A accesses a server S which is responding slowly, and so A triggers alert A1. This slow communication of A with S eats up host bandwidth, and hence affects another application B in the same host. Due to this, if a third application C from another host calls B, alert A2 is fired by C due to the delayed response from B.  Now, although we see the link between alerts A1 & A2, they are neither physically nor logically related, so how can they be correlated? In reality, such situations could imply thousands of individual alerts that cannot be combined.

This is one of the many challenges in IT operations that we have been trying to solve at GAVS. The correlation engine of our AIOps Platform ZIF uses algorithmic alert correlation to find a solution for this problem. We are working on two unsupervised machine learning algorithms that are fundamentally different in their approach – one based on pattern recognition and the other based on spatial clustering. Both algorithms can function with or without a topology map, and work around what is supplied and available. The pattern learning algorithm derives associations based on learnings from historic patterns of alert relationships. The spatial clustering algorithm works on the principle of similarity based on multiple features of alerts, including problem similarity derived by applying Natural Language Processing (NLP), and relationships, among several others. Tuning parameters enable customization of algorithmic behavior to meet specific demands, without requiring modifications to the core algorithms. Time is also another important dimension factored into these algorithms, since the clustering of alerts generated over an extended period of time will not give meaningful results.

Traditional alert correlation has not been able to scale up to handle the volume and complexity of alerts generated by the modern-day hybrid and dynamic IT infrastructure. We have reached a point where our ITOps needs have surpassed the limits of human capabilities, and so, supplementing our intelligence with Artificial Intelligence and Machine Learning has now become indispensable. 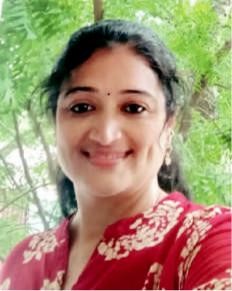 “Priya is part of the Marketing team at GAVS. She is passionate about Technology, Indian Classical Arts, Travel, and Yoga. She aspires to become a Yoga Instructor someday!“

Why Should Monitoring Be Integrated with ITSM?